For Woodwing, 2010 was a year to remember

– Press Release / Communiqué de presse – The iPad was one of the driving forces behind the tremendous success of WoodWing Software in 2010. WoodWing´s Digital Magazine Tools became the most used tablet-publishing solution worldwide. But also in the traditional media world, WoodWing´s solutions won over publishers of numerous well-known print publications. A review of a revolutionary year.

WoodWing Software, a leading global supplier of cross-media publishing solutions and innovation leader in the tablet-publishing area, has closed the books on a highly successful 2010, and is looking forward to even bigger things in 2011. WoodWing´s Digital Magazine Tools for the iPad, based on WoodWing´s cross-media publishing system Enterprise, evolved to become the most popular tablet-publishing solution on the market today. A vast number of renowned magazine, newspaper and corporate publishers around the globe – such as Time Inc., Sanoma Magazines, Ringier, Abril, South China Morning Post, Times Newspapers, Axel Springer and Gruner+Jahr – rely on WoodWing´s solution for the creation of outstanding iPad apps and the publication of monthly, weekly or even daily iPad editions of their media brands.

The number of apps created with WoodWing´s Digital Magazine Tools recently passed the 150 mark, and publishers worldwide have currently produced more than 1,250 digital issues using the tools. About 25 new publications per month are brought to the iPad using WoodWing´s solution. WoodWing offers a continuously updated list of iPad apps created with its Digital Magazine Tools at www.woodwing.com/ipad-gallery.

10 out of 13 – iPad Apps done with WoodWing´s solution rank best in iMonitor™
WoodWing also piled up some prestigious honors in the past year. The consulting and research company McPheters ; Company published its iMonitor list of best magazine and newspaper apps of 2010. The ranking is based on the iMonitor rating system, which scores each app based on its design, functionality, and use of rich content. iMonitor is currently tracking more than 1,000 apps from over 40 countries. No. 1 on the list is the app from The Sunday Times (UK), which is published on the iPad with WoodWing´s Digital Magazine Tools. Out of the 13 best apps of 2010, an impressive 10 were created with WoodWing´s solution, including the apps of Project (UK), Fortune Magazine (USA), and Time Magazine (USA). This list also includes the app of the German daily Frankfurter Rundschau, which was also awarded with the European Newspaper Award in 2010.

Well-known print publications voted for WoodWing Enterprise
But it was not all just iPad publishing in 2010. A number of publishers selected WoodWing Enterprise as the new cross-media publishing system for a cost-effective production of their printed magazines. The list of publishers or titles joining the WoodWing family in 2010 included well-known names such as Lagardere/Hachette, American Express, American Legion, Southern Living Magazine, and Grupo Milenio as well as a host of other publishing names.

Expanding network of technology and solution partners
In 2010, WoodWing continued to expand its network of innovative technology partners aiming to increase the efficiency of publishing processes and to streamline multichannel publishing. WoodWing signed partnerships with Tansa Systems, Celum, Imprezzeo, VidiGo, XDAM, and The Saints. “A core value of our development strategy is the flexibility to integrate with other systems, enabling our customers to define a best-of-breed solution that is the most cost-effective for their business,” said Hans Janssen, CEO of WoodWing Software.

WoodWing World Tour keeps rolling
In 2010, WoodWing hit the road with the WoodWing World Tour. The Tour – a free series of intensive one-day informational sessions – kicked off on March 3 in New York City and continued with stops in Zurich, London, Sydney, and Buenos Aires. More than 1,000 attendees from magazine, book, newspaper, and corporate publishers were treated to the latest news on efficient multi-channel publishing. WoodWing´s executives explained the company´s visions and renowned industry peers shared their experience in enthralling keynotes to provide participants with advice and information on how to deal with the challenges in the publishing industry. The tour continues in 2011 with stops in San Francisco on March 9, Stockholm in September, and Kuala Lumpur in December. Details are available at worldtour.woodwing.com.

WoodWing’s second decade
“WoodWing celebrated its 10th anniversary in 2010,” Hans Janssen concluded. “We thank our customers and partners for their continued trust in our company and solutions, and we’ll make sure to exceed their expectations in 2011 and onwards. Because that’s what our mission is all about: creating the best software for efficient cross-media publishing.”

About WoodWing
WoodWing Software, with 90 employees, was founded in 2000 and is headquartered in The Netherlands. WoodWing creates the most progressive solutions available on the market for the production of print, online and tablet publications. Rapid growth worldwide and success across the full spectrum of small to large publishers demonstrate that WoodWing markets the best tools for the best price. WoodWing's customers include renowned magazine, newspaper and book publishers, as well as communication agencies and corporate customers. WoodWing Software is located in Zaandam, The Netherlands, and has regional sales companies for Europe, the USA, Asia-Pacific and Latin America. Customers are served through select partners. WoodWing is on Twitter at twitter.com/woodwingsoft. 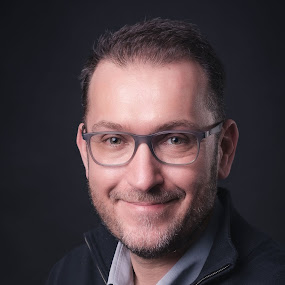